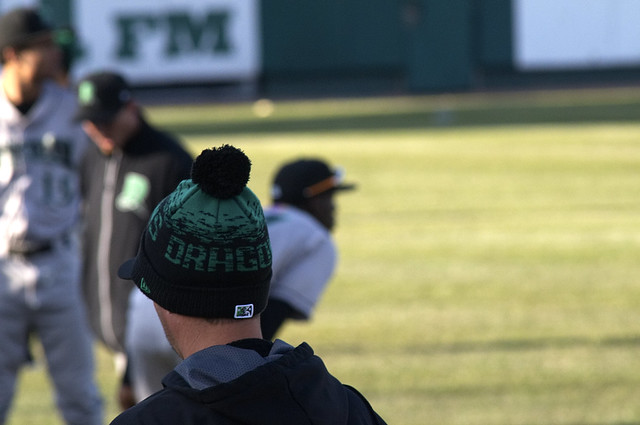 An unidentified Dayton Dragons ballplayer, bundled up against the cold during pregame warmups, one year ago today.

I may have known who the player was when I took the photo, but if so I’d forgotten by the time I labelled the images after the game. A glance through the day’s photographs shows that several Dragons were wearing these caps before the game started.

It often snows in early April. And the Midwest League (MWL) baseball season begins in early April. I’ve been snowed on at ballgames perhaps a dozen times, and very cold at least twice that often.

Many professional ballplayers grew up in the South, in California, or in Latin America, and for some their MWL season’s their first contact with winter weather. Watching that encounter can be interesting. Minor league baseball has its charms.