The View from Center Field 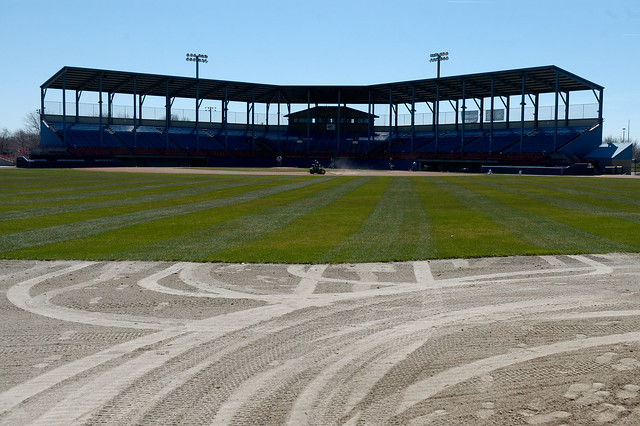 Skipped out of work on a gorgeous afternoon to pick up my season ticket at Battle Creek’s ballpark. While I was there I walked around the ballyard’s perimeter. Partly I was taking photographs, but mostly I was soaking in the atmosphere.

The door in the center field wall was open.

The team had been sold, and the franchise would move to Midland the next summer. But for one last season they’d be my team. I was ready for baseball.