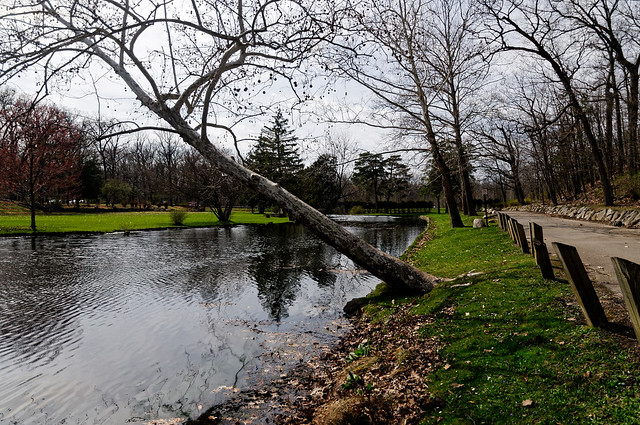 We spent Easter Sunday in 2010 with my brother, wandering from park to park in the Kalamazoo area. We began at Milham Park, where I took this photo. Later we visited Bronson Park in downtown Kalamazoo; later still we explored Kindleberger Park, in Parchment. A good day.

Easter is usually spent at the farm, with Joan’s family. The chickens photo I posted a few days ago was an Easter photo, and it’s likely I’ll find another farm pic in the next week or so, which will also have been taken at an Easter gathering.

But seven years ago we spent a leisurely afternoon in parks. I remember it fondly.