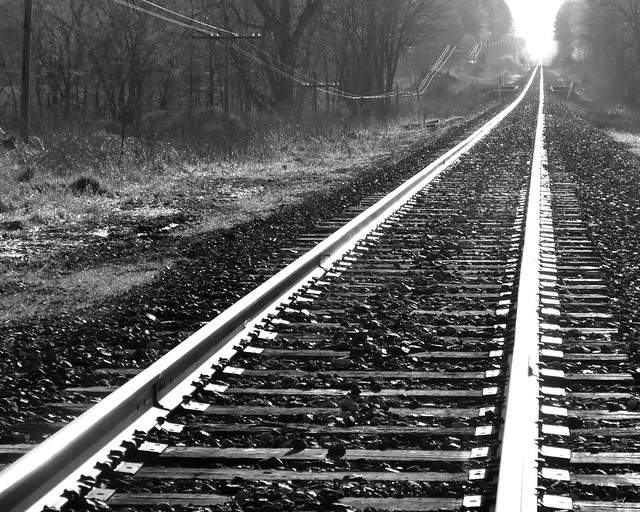 There’s something about this photograph….

This is the CSX mid-Michigan mainline, shot from Dow Road between Sunfield and Mulliken.

The camera–a Fujifilm Finepix F200–had a damaged sensor, which you needed to make allowances for while composing images. And the pic’s overexposed because I hadn’t yet dialed in the settings on an unfamiliar camera. But I really like this into-the-sun photograph.

My 2012 photo-a-day project, 366 Snaps, had basically three rules–shoot monochrome, change cameras every month, and no captions or commentaries with the pix (those showed up the next year as 366 Snaps Outtakes). In early April of 2012 I was learning that you need to practice with the device before it becomes your primary camera. Up to that point I was apparently expecting things would just come back to me when I dug out an old machine. Didn’t work well.

Still: I like this one. Despite the day’s problems.