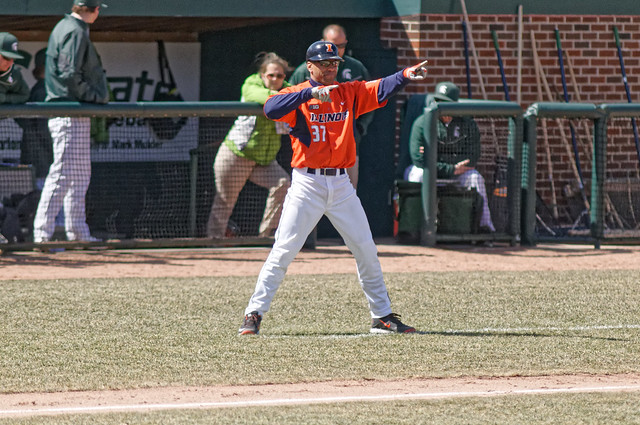 Spencer Allen was assistant coach at Illinois when I took this photo. These days he’s head coach at Northwestern.

All third base coaches signal. They use combinations of gestures and key words to pass instructions to the batter and to baserunners.

Most coaches pass fairly subtle signals. If you pay attention, you can see (or hear) that they’re signaling, but most are just doing a necessary task even as they tug their hats, scratch their chins, pat their chests, and holler. Occasionally, though, you find someone who turns this chore into art. Coach Allen’s one of those.