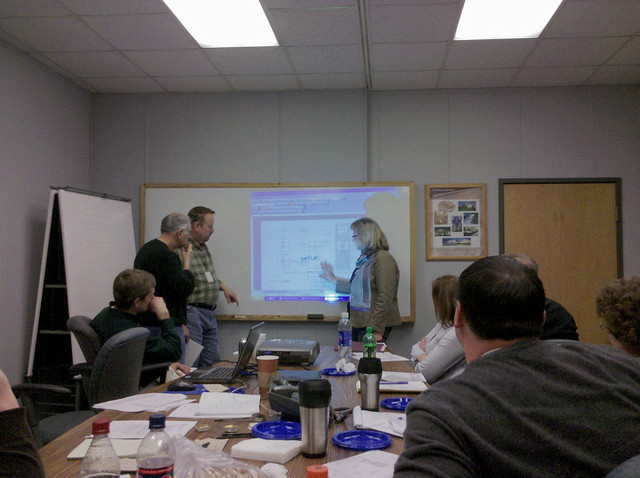 A few days back Facebook’s “Memories” dredged up this comment I’d posted in 2010:

‘”What do you do for a living, Joel?” Go to meetings. 13 scheduled this week (so far), plus a doctor’s appointment….’

This was one of those meetings. Judging by the folks in attendance we were working on integrating our soon-to-be-installed IRP system with Finance’s accounting programs. Also judging by those attending I was there primarily as the management rep.

I took this pic with my phone, and the timestamps tell me that I promptly posted it to Facebook. I called it “Your Tax Dollars at Work.”

FB’s “Memories” gets the final comment, having found this for me today:

‘My work week in retrospect: One meeting added to the thirteen originally scheduled, one cancelled, one rescheduled to April, and two missed because I can’t be in two places simultaneously. Had a stretch like this ten years ago; never expected it to happen again.’

A few months later I retired.