Oreo in the Window 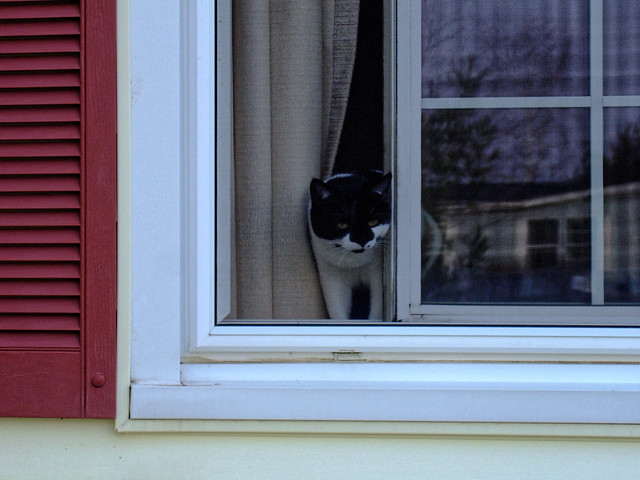 A decade ago today I was photographing crocuses. Oreo watched.

Or perhaps she was just enjoying the fresh air.

Could I do a cat-a-day project from my photo archives? No, but I’d come closer than you might think. A quick survey shows that I’ve photographed cats on over 300 dates. On March 25, for instance, I’ve photographed Oreo in 2007 and 2012, and I caught two of the neighbors’ cats “on film” in 2012 as well.

Besides some randomly “lost” days, the project would break down on days we’re rarely home–our birthdays, for instance. And there’s a week in June that usually starts in Saint Ignace and ends with a bluegrass fest. Those are not insurmountable obstacles, of course, but it would likely take some effort to fill the gaps.

I’d get bored, though. So would you. Ain’t gonna happen.