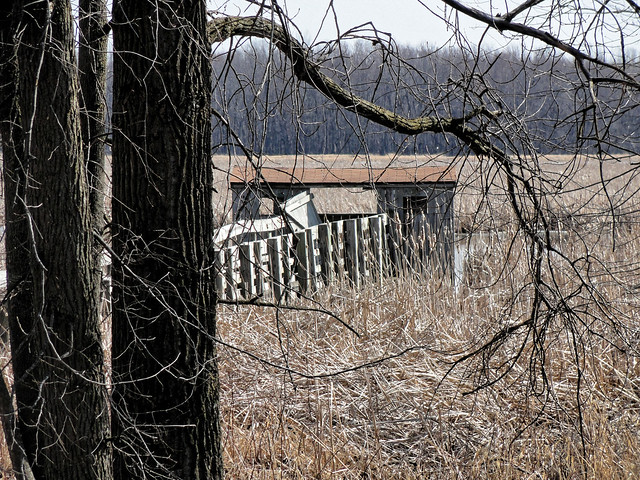 The duck blind/viewing platform at Maple River State Game Area, north of St. Johns, Michigan. Joan and I visit Maple River about once a year and just wander around on the levees.

We’re rarely alone at the SGA; on this date there was a family of serious birders. ‘Tis a good place for bird-watching.

March in Michigan is brown. On foggy days it’s grey, and some days it snows, but mostly it’s brown.

It’s relieved a bit by crocuses. And by daffodils.

But mostly March is brown.

A new “camera” note: On 3/19/2014 I got some pix of Oreo kitty using my then-new tablet, a Samsung Galaxy Note 8.1, which Joan had bought for my birthday. Since I already had a Galaxy Note phone, I expected to like the tablet. Didn’t work out, though, as the battery proved inadequate at less than 4 hours per change. I abandoned the critter after a few months.