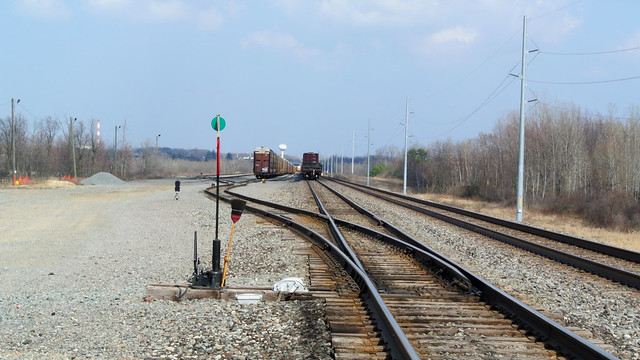 Shot from the Nixon Road end of the yard. Many of my friends are more familiar with the Windsor Highway end, which is near our (former) workplace and which we crossed on our way to and from work.

Photo taken with my then-new Nikon 1 V1. I spent much of the day experimenting with settings, taking photographs in–well, interesting places. It’s also the day I learned the camera’s Electronic View Finder didn’t get along with my sunglasses.

An oddity: Of the 93 “photographs” I took five years ago today, 34 were 3 second movies (and another 34 were stills from those movies–likely the photos I was actually trying to take). Apparently I’d found a setting which did this, though I don’t recall such a thing. For the record, all are boring. Several were of flowers, presumably growing.