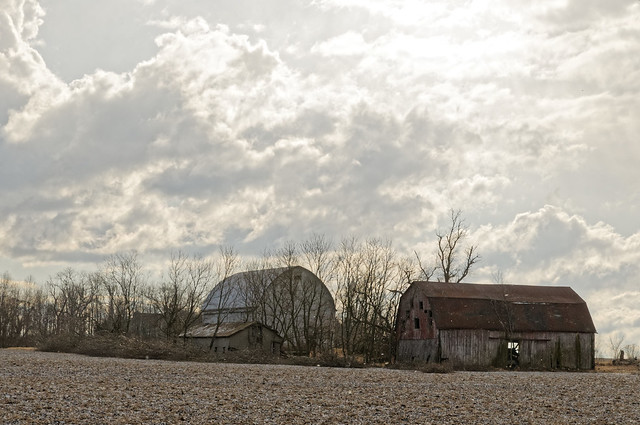 This farmyard belonged to John Cole a century ago, and has some national significance.

While I can’t take effective cloud shots from my yard, the village is surrounded by flat farms. So five years ago I headed south, and took pix of the sky.

It pays to understand your photo processing tools. This photo was taken as an intentional silhouette, with the barns black against the bright sky. But I decided to recover their color for today’s posting.

Tried doing that using Affinity Photo, which is certainly capable of doing the task. My first-try result completely blew out the sky.

So I switched to Optics Pro, the tool I’ve been mostly using for the last few years. It’s less capable than Affinity, but familiarity helps. The sky’s still a bit blown, here–but that’s mostly because I was shooting into the sun; DxO’s product didn’t make it worse. And the barns look fine.