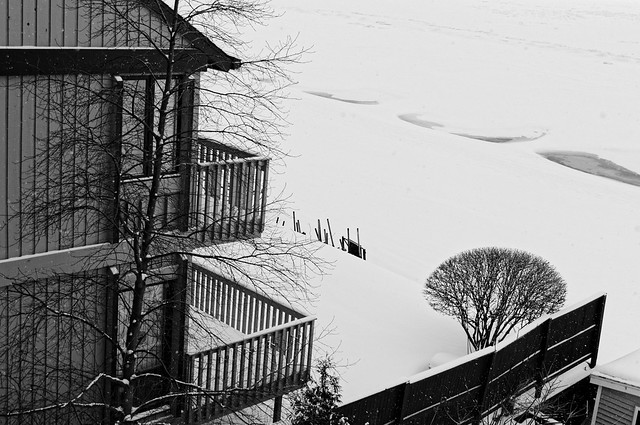 There being no Leap Day this year, how ’bout we fit February 29 in here?

Although we like Pointes North, it’s not the only place we’ve stayed in Traverse City. In 2008 we stayed at Grand Beach, where they put us at the end of the hall, overlooking the condominiums next door.

While it doesn’t show here, other photographs taken at the same time show pretty heavy snow falling on East Bay….

Despite prior discussions, Feb 29’s the actual date with the least photographs. But there are extenuating circumstances, so I gave it a pass.