Rotting Before My Eyes 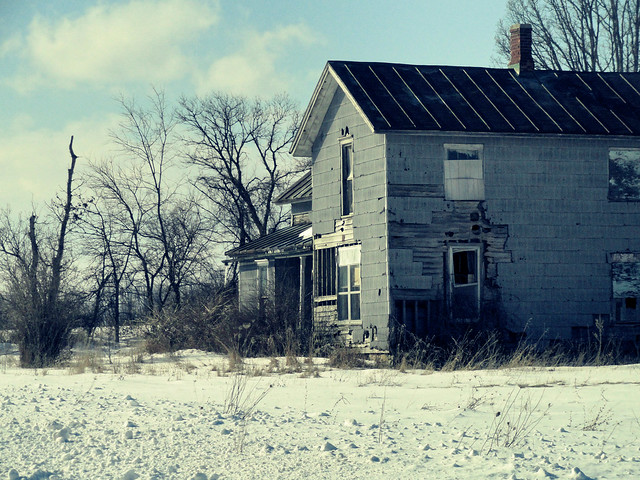 This old house was still in use when I first noticed it, and though the house was empty the lawn was still being maintained into the new century. No longer.

The farm belonged to H[erbert].L. Codding in 1895. I can find basically nothing about Mr. Codding, though his family settled nearby–but not on this farm–in the 1840s.

Roxand Township’s white settlers bought fairly small farms. This one had 80 acres, and about 20 of those were (and remain) swamp. Most of Codding’s near neighbors owned less land–30 acre plots were more common than I expected. Over the decades folks consolidated the farms. The houses–and the sheds and barns–were knocked down, or abandoned.

Roxand’s now the distant edge of Lansing’s suburbia. Folks are again building houses on the edges of fields. They’re not farming, though; they commute to jobs in town. As did I, from my village home.