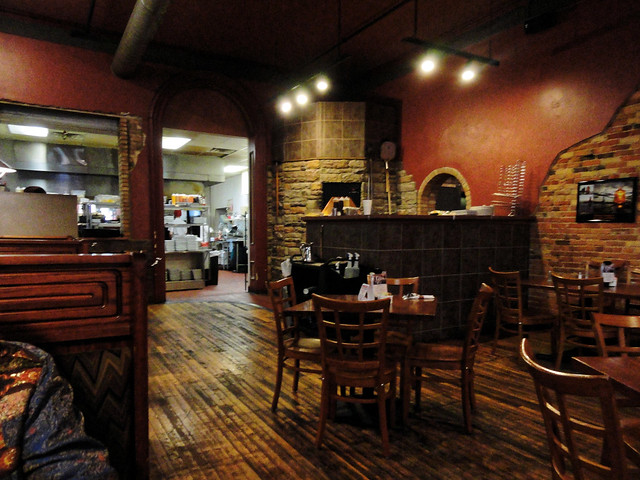 Two years ago we stopped for supper at Walldorff’s on our way to the Cooper’s Glen Music Festival in Kalamazoo. I had the Bowtie Pasta Florentine; Joan seems to have had the Orange Chicken Rice Bowl (I took pix). ‘Twas a fine supper.

You may have noticed that the festival’s dates tend to move around. We usually go, regardless.

On 2/21/2006 my boss and friend Joe Ross borrowed my pocket camera and shot the photograph I most often use as an avatar/icon on Facebook–of me, sitting in my office.

That’s pretty much what I looked like at work. A co-worker called me Dr. Dinda, claiming I reminded her of a college professor. I took it as a compliment.