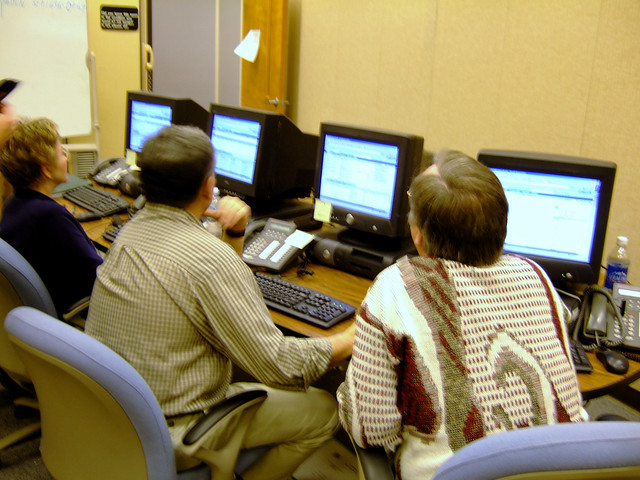 We were about to launch the third iteration of a call center support package in February of 2006, so I borrowed an all-star testing crew from the Information Center to help the vendor’s rep, Jorge, put the package through its paces.

The session didn’t go well. There was something going wrong at the server, so we couldn’t complete transactions. This was pretty typical; I learned early on that the first day of testing usually revolves around getting the test system to operate correctly. Knowing this to be true didn’t make it less frustrating.

I took a bunch of photographs of this session, but only this one’s (barely) good enough to publish. The high number of 2-Star ratings, below, were largely the result of me rushing photographs during this test session. Even this one was rushed, but the damage is light.