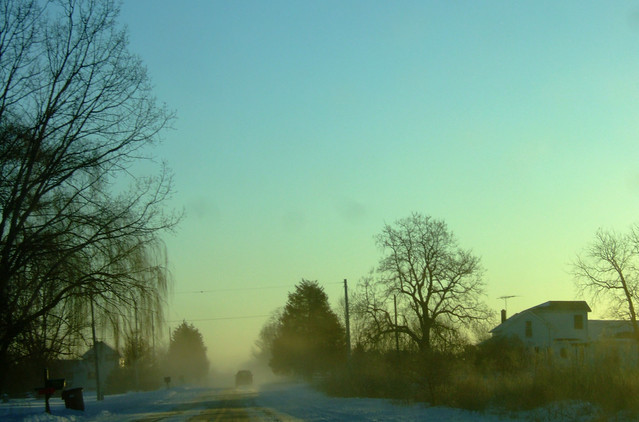 I’m nearly (and early) to work and driving into the sunrise. The sky’s pretty, and there’s a bit of haze.

This photo’s got some technical issues–looks like both the lens and the windshield were dirty–but I like it anyway. Trying to clean the image up just rearranged the problems due to the sky’s color gradient. So here’s a photo with random spots.

The problem with February is the snow. I like photographing snow, but the result is day after day of drifts, and our driveway, and footprints, and the barn down the road. And cats. Lots of cats. About this point every year I begin to get impatient for spring.