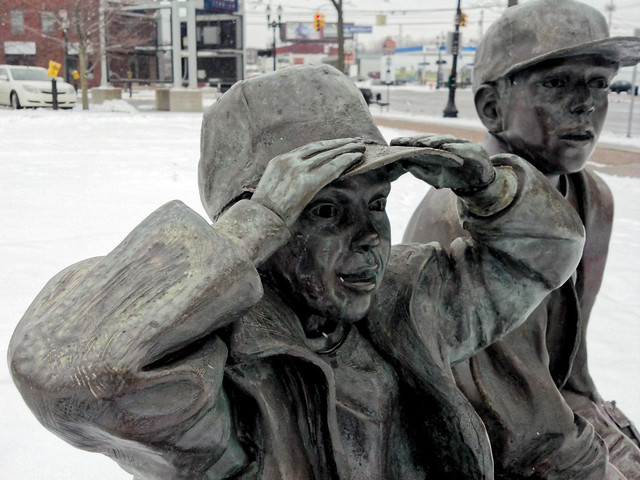 The Midwest League Traveler (Craig Wieczorkiewicz) often posts photographs of snow-covered MWL stadiums about this time of year. While these generally come from folks associated with the team, his call for photos in 2012 prompted me to wander into Lansing.

And a bit about the sculpture.

Evidently I’ve never photographed Joan on St. Valentine’s Day. We’ll have to do something about that.