There’s a Gap in Strange Highway 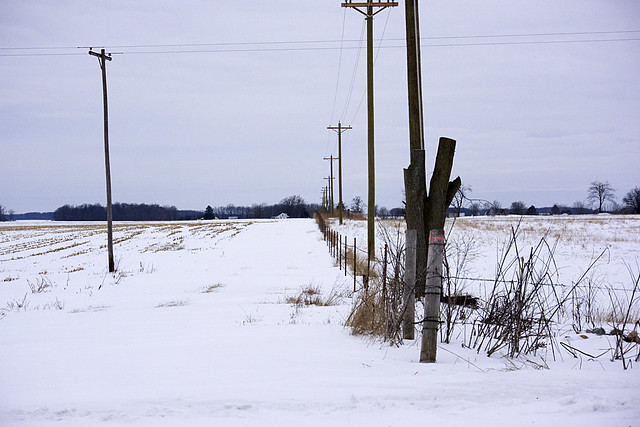 Strange isn’t actually strange–it’s named for an early white settler and his family–but it is intermittent. I’m pretty sure it used to continue down this stretch, but the maps suggest this mile’s been gone for over a century.

By the way, I’ve used this title before.

‘Twas pretty much this pic or the cat.

Of the 36 February 13 photographs, over half were variations on a pile of books taken for my 2012 photo-a-day project. Another group were new-camera experiments taken with the D70. There were two versions of another photo taken from the same location and at the same time as this pic.

And a handful of really bad, mostly hurried, photos. The selection’s really quite poor on Feb 13.

Also, but not counted: I took about a dozen photos for an eBay auction in 2007, and I twice took pics or scans of documents for SABR members doing baseball research projects on this date. Evidently the thought of “Pitchers and Catchers” kickstarts thoughts about other things baseball.

See? This pic or the cat.

This entry was posted in History Scrapbook, On This Date. Bookmark the permalink.