Tracks in the Flakes 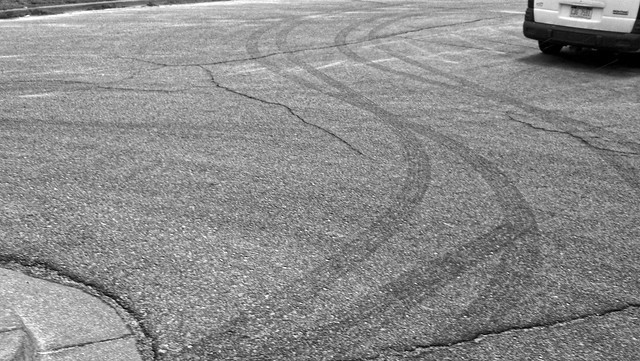 Alternative title: Breakfast at Sophia’s. I often park in that slot.

Many of my February 10 photographs are unusually grainy. The 2012 pix were mostly shot on my way home from the restaurant, through falling snow, using my smartphone, while the 2015 pix were mainly boring low-light experiments. I did take some sharp pix of our newbuilt porch in 2009.

And another new “camera” note: I took my first photo with a modern smartphone, a Motorola Droid, on 2/10/2010. It, too, was a grainy pic, of snow falling after sunset.

And a new lens note! Also on 2/10/2010 I took my first photo with my 16-85 mm f/3.5-5.6 on the D300. I’d been operating without a short zoom for about 18 months at that point, and had missed the capabilities. The first photo, believe it or not, was of a bobblehead–West Michigan Whitecaps owners Lew Chamberlin and Denny Baxter.