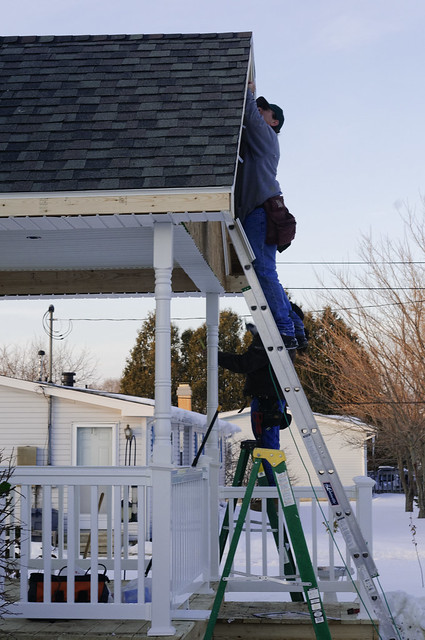 Exteriors of Lansing president Tim Booth, whose firm had done some work on our house before, called me one January day to ask if there was any further work we needed done. I asked if they could build us a porch.

A couple days later we got together with Tim. He drew some diagrams, we agreed to a price, and he put us on his todo list. From that chat we rather expected to see the work team in March or April.

Nope. We soon got a call telling us to expect the crew in a couple days. And here they are!

One of these crew members looked at the design proposal, suggested some changes to us, and sold those mods to Tim. So we ended up renegotiating the price while the guys were out working in the cold.

Just wanted to add that I love the porch. It looks good, too. Don’t spend enough time on it, though.