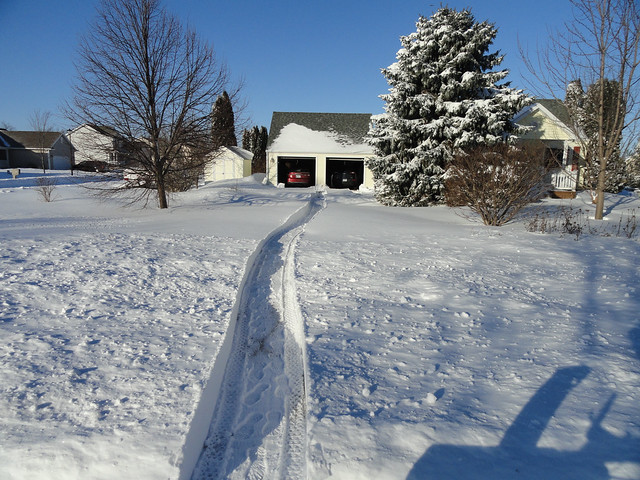 Just for the record, this photo’s Straight Out of the Camera. I’m really not an SOOC shooter.

On three different recent Groundhog Days–2011, 2014, and 2015–we’ve waked to enough snow that my photographs are dominated by drifts and the snowblower. in 2011 and 2015 I’m quite confident any woodchuck silly enough to check would have seen his or her shadow; in 2014, perhaps not.

This photo’s title explains itself, methinks. That’s the snowblower’s shadow in the foreground.

Thus far this project’s mostly shown photos taken with the Sony Cybershot DSC-H55. That will change, as I’m predominantly a Nikon shooter….

Except in winter. Portability wins out when the weather’s problematic.