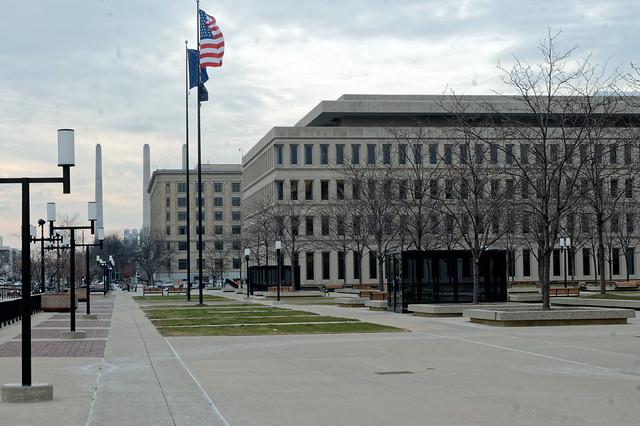 On the first day of February in 2006 I had an early afternoon meeting in downtown Lansing. I took my camera along and spent my lunch hour wandering around Michigan’s Capitol complex. This view’s down Walnut Street; the nearer building had been recently renamed for Richard H. Austin, and the one beyond it honors Lewis Cass. The smokestacks, a local landmark, are at the Board of Water and Light’s Otto E. Eckert power plant.

When I moved to the Lansing area, nearly forty years back, Eckert had six stacks. We thought those were tall until they replaced ’em with these monsters.

While I had other responsibilities, there were stretches–sometimes long stretches–when my job consisted mostly of meetings.