One of the Better Porches Around Here, Revisited 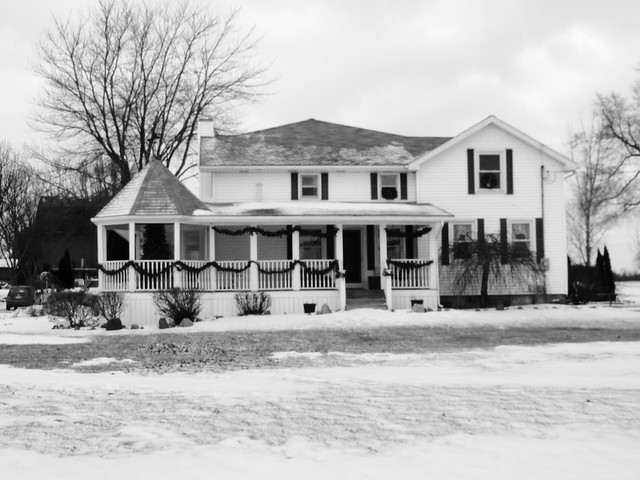 A new version of a photo I originally posted two years ago. The most obvious change is that this one’s monochrome, while the other shows slight hints of color. This version’s also got a slightly different crop and I used different methods to sharpen the edges. But it’s more the same than different.

I expect Aunt Owwee remembers it….

A week ago I claimed January 23 as the date I’ve taken the fewest photographs, but that was before I filtered out the eBay product pictures. With those gone, January 30’s easily my least-photographed date, with only 19 images. Since they’re in three different years, they were taken in very skimpy photo sessions.

They’re surprisingly good. I’ve posted four of the 19 to Flickr, and nearly posted a fifth just now. Instead I decided to repost this one, mainly because I’m a bit weary of photos of bare-naked trees.