Snow at the Farm 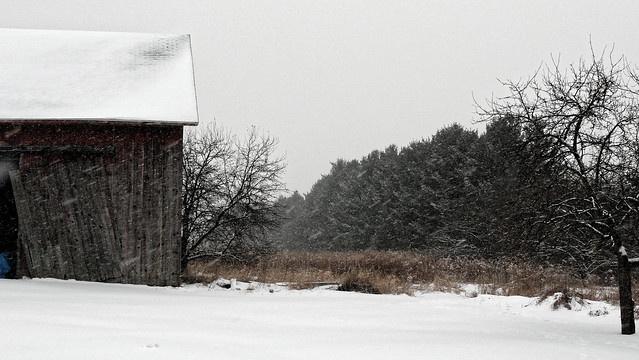 Likely we were there to celebrate Joan’s brother Paul’s birthday. All my pictures, though, were of the snow and the barn. Most included this row of trees.

Joan’s family’s stories include tales of summer days spent planting trees along the farm’s perimeter. They remember the labor, but like the results.

My digital photo collection includes six easily-dated photographs by my father, taken 50 years ago today, of Michigan’s 1967 blizzard. On other dates we’ll certainly find photos by my brother, by my sister, by Joan, and likely by others. I may or may not mention those as we come to them.