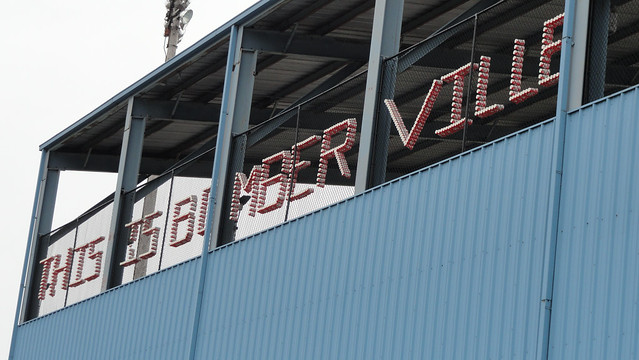 I’ve watched maybe five hundred baseball games at Battle Creek’s CO Brown Stadium. Five years back I stopped by the ballyard for no particular reason on my way home from visiting my brother and sister in Kalamazoo. The Battle Creek Bombers, who play in the summer collegiate Northwoods League, are the park’s current inhabitants.

The sign, by the way, was made by sticking paper cups in the protective screen.

There’ll be more ballpark and baseball pix in this project. Of the 200,000 or so pix in my collection, about 60,000 were taken at ballgames.