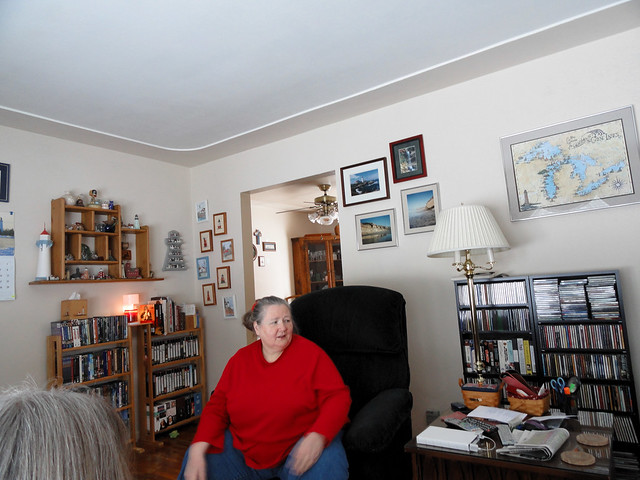 This photo’s really just a snapshot, but it captures the room well and is a good image of my sister. Joan and I were in Kalamazoo to celebrate Dick’s birthday, a couple days late.

The back of Joan’s head is a bit of a distraction.

I’m not much of a photographer on January 22. I get the camera out most years, but I mostly shoot boring stuff. Poorly.

Can I use gloomy days as an excuse?