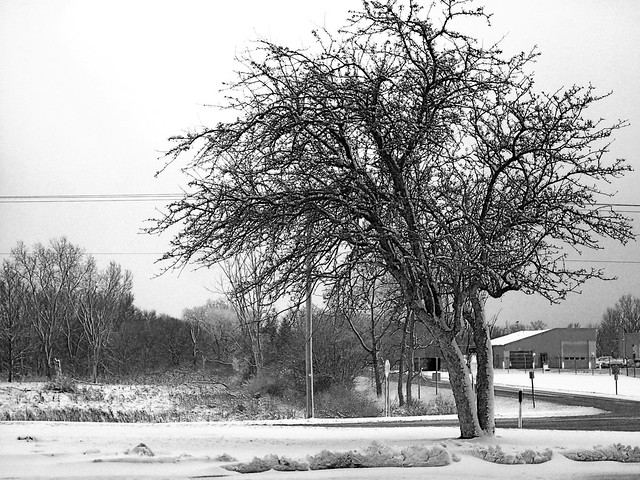 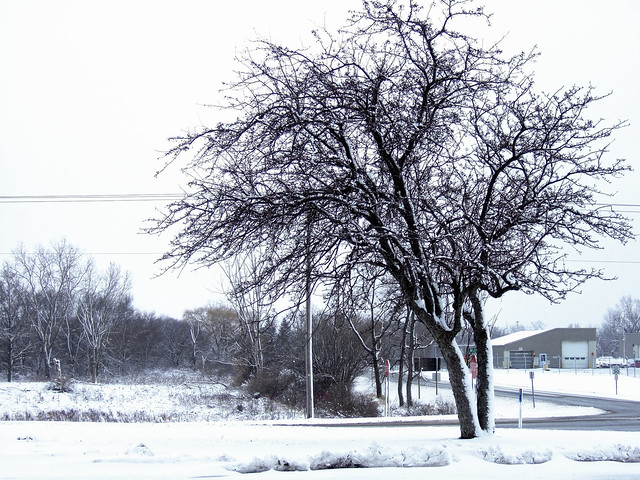 I rarely take photographs on January 18. Nonetheless in 2006 I spent my afternoon break wandering around the grounds at work, taking snowy pictures.

This tree’s at the end of the front parking lot. Beyond the tree is mostly another remnant of the local swamp, though it’s been cleaned up a bit and made more presentable. To the right in the photo is the state government’s main motor pool.

Two for one today!

I’m posting two versions of the same photo, largely because I can’t decide which I prefer. The version in black and white was processed using Serif’s Affinity Photo, while the version with touches of color came through DxO’s Optics Pro.

The original, even in color, was sort of grey-all-over, so I set out to improve the contrast to show more details. These are the result. It’s fair to call both versions cartoonish.

Interestingly, the two treatments emphasize different aspects of the photo, and I can’t say either is better.

I’m quite certain I could have come up with still another, less extreme, version–using either tool. Instead, today, let’s go with these.