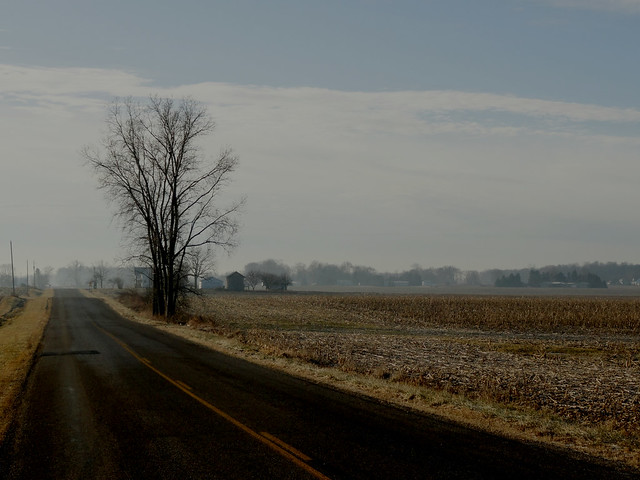 Here we have a perfectly typical Joel Dinda landscape shot. There’s an isolated tree; a field of stubble, a distant settlement (it’s Little Venice) along Highway 50, and even more distant trees. And a wee bit of fog, obscuring the houses. The road, too, running on south apparently forever.

I took this photo early in my 2012 photo-a-day project. My photographic objective for the day wasn’t this scene; I planned an image of the abandoned house that’s just north of this location. But if you’re stopped by the road and see another shot–well, why not?

This image blows up quite well, by the way. Not bad for a hand-held shot with my pocket cam. Not sure I can still do that; five years have aged me.

I have photographs that I take regularly–Traverse City’s East Bay comes to mind; so does a view looking north across our front yard.

But there are also certain archetypes I capture over and over again. This is one of those.