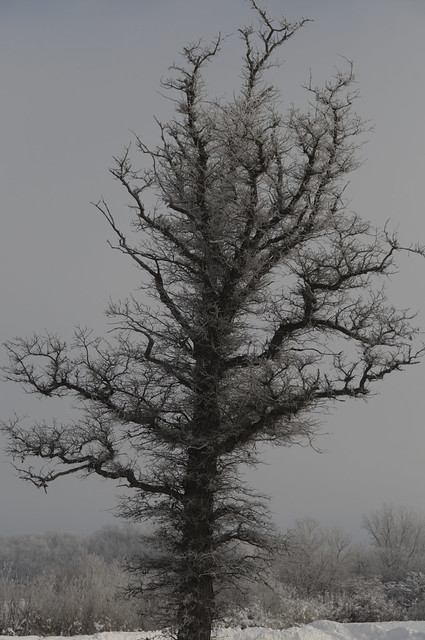 For over three decades I worked in an office building on the edge of a swamp. The bog seems to be nameless these days, but it’s the remnant of a much larger swamp the early white settlers called “The Old Maid.” They thought it was pretty spooky, and mostly avoided it.

Perhaps trees like this were part of the reason.

Wish I knew where that name came from. But no one seems to have recorded an explanation.

I’ve been taking photographs since I was a teenager. But mostly I don’t take pictures in January.

How sure am I of the dates on my photographs? Well, I’m pretty much like everyone else. For images taken with digital cameras, I’m (of course) pretty sure of the photo’s date. For scanned photographs (mostly taken prior to 2005), I’m real sure of a few but for most I’ve only a vague notion when they were taken. I’m mostly ignoring those for this project, though I imagine I’ll discuss them a bit from time to time.